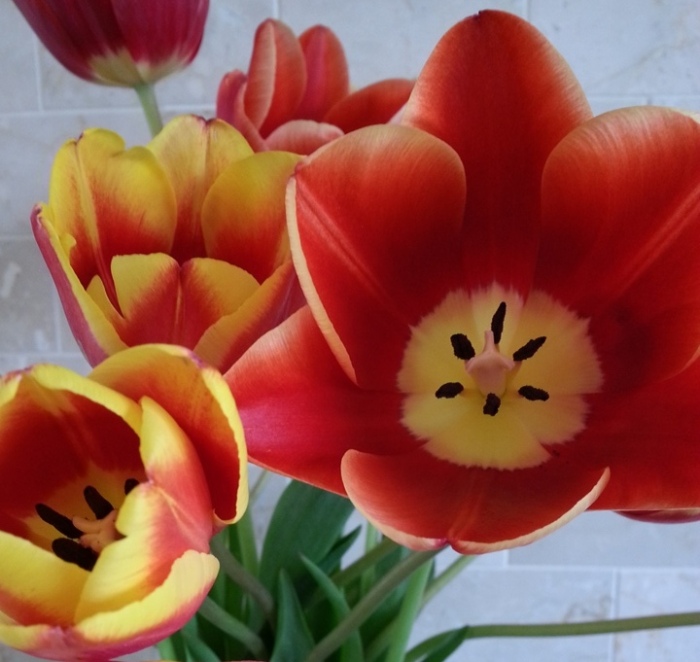 Know what always tells me that spring is actually on its way?

It’s not the tulips that appear at the checkout, whispering tight-lipped promises that they’ll open their hearts, if only I’ll take them home.  (I do, and they prove true to their word).

Nor is it the bare patch that emerges in my garden after a long Chinook, reminding me of where my rhubarb lays sleeping.  (That just makes me sad.  BUT I’ve found an antidote for that, which I’ll share later on).

It’s the moment when I take my last luscious YYC Hot Chocolate Fest sip (thank you, February!) and open my browser to the listings for The Big Taste – Calgary’s annual festival for food lovers.  Those ten days in March when hundreds of city-centre chefs put on their best show, with multicourse meals that remind us what a terrific food town we live in.  This year, more than 90 restaurants make their pitch for your heart and mine.

But the festival’s not all signature events and gourmet dinners (though there’s plenty of those, with menus whose read is its own delicious indulgence).  Our chefs and restaurateurs know – perhaps better than most – that we’ve been hurting here in Calgary during this economic downturn.  So they’ve also included 3-course lunches for only $15 and $25 dollars, and Happy Hour specials featuring all your favourite and soon-to-be-favourite drinks and snacks.

So even if the belt is tight at the moment, there’s good excuse to loosen it up just a notch and treat yourself to a little morale boost.  To celebrate the news that we’ve turned the corner and – though the climb is still long and slow – better times lay ahead.

To venture down to the new-kids-on-the-block like Royale Brasserie and Mill Street Brewpub on 17th;  Klein/Harris on Stephen Avenue;  or Provision in Memorial Park.  Stave off the winter blues with a new-to-you cuisine at Hapa Izakaya (serving Japanese),  Paper St. Food + Drink (featuring international street food),  or Foreign Concept (helmed by Gold Medal Plates winner, Chef Jinhee Lee, and her mentor, Duncan Ly).

Maybe it’s time to check out the food scene stars that you’ve just never made it to, like Pigeonhole  or  Whitehall.  Or to splash all-out: at SAIT’s Centennial Celebration in their spiffy downtown culinary campus – or at The Guild toasting Canada’s 150th birthday in the iconic Hudson’s Bay building .

Whether your inclination is to explore new food frontiers or rediscover old favourites, know that scores of our culinary best are working hard behind the scenes to coax fabulous flavours and colours from our province’s larders and root cellars.  They’re tapping local greenhouses – and sourcing fresh crops from our neighbours in gentler climes – to remind us of what we can look forward to as the days grow longer.

They’re bringing spring back to Calgary. Time to show them a little love.  It’s been a long cold winter for them, too.

AND FOR THOSE LIKE ME WHO CAN’T WAIT FOR THAT FIRST TASTE OF RHUBARB:  Track down a bottle of Okanagan Spirits’ Rhubarb Liqueur – my favourite springtime discovery. In an inspired turn of crowdsourcing in 2016, Vernon’s craft distillery asked Okanagan residents if they’d like to share their spare rhubarb for a little experiment.   Okanaganites responded in droves – with everything from truckbeds of rhubarb stalks in dirt, to sealed baggies of carefully-chopped fruit.  Distillery staff painstakingly washed and hand-chopped all 650 pounds – to produce a spirit that’s so tart and fresh, you can almost hear the crunch.  Look for it at fine liquor stores in Calgary or order it online while supplies last.