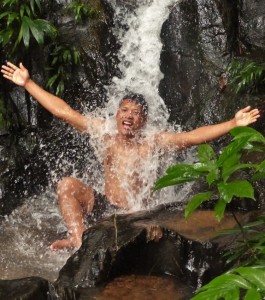 It’s a name that draws a blank from even the most well-travelled.  Call it the former Dutch Guiana, and some can place it in the western hemisphere:  a wedge pencilled off the northern reaches of the Amazon rainforest; a mangrove-armoured coastline, barely accessible but for the rivers that pierce their way to the Atlantic.  It’s a country in South America, but not of it – peopled originally by the Caribs and Arawaks, mostly bypassed by the Spanish, and thus sharing little, culturally, with the majority of the continent.  Instead, the vagaries of history brought Dutch plantation owners and West African slaves to its shores; after abolition, workers from India, China, and Java.  Centuries of mingling and mixing have created a true cultural pastiche – and a unique cuisine to match…

READ MORE of my article in the Winter 2016 issue of Taste & Travel International magazine – on shelves now at Chapters/Indigo stores across Canada and online at zinio.com.